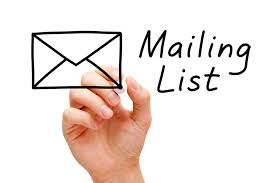 Did you know that if you are an indie author, you will see sales jump once your email list crosses the 10,000 subscriber threshold?

Did you know that pop-up forms will net you 50% more email subscribers?

There are both paid and free email subscriber list hosts available. The main considerations for those new to email subscriber platforms would be the choice between finances and ease of use. Two popular platforms are Mail Chimp (free) and  Constant Contact (paid: usually offers short free trial). 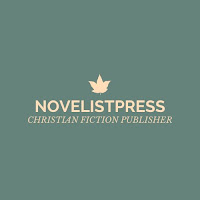 What if reading for relaxation and entertainment, also falls into the category of making us more like Christ?
That is the goal of many believers and faith-filled novelists, just the kind of novelists we are looking for!
One Way Press is raising the standard for Christian readers with our fiction imprints, Forever Love Books and Novelist Press.
Are you a novelist who speaks good things into people's lives through your characters, while at the same time, giving them a fantastic relaxing [or exciting] read? Then check out our submission guidelines. We want to your voice to be heard!
No comments:

Guide to Genres we Publish 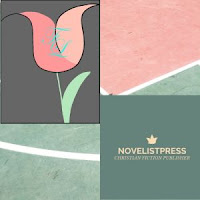 All manuscripts acquired by Forever Love Books or Novelist Press fall into the Inspirational, Christian Fiction, and Biblical Fiction categories whether or not they are romance novels.

We do not accept paranormal or horror.


Mainstream fiction consists of stories that can't be slotted into a particular genre. It can cover any topic, in any time period, be any length, etc. Like genre fiction, mainstream fiction tends to focus on story, though usually with greater depth of characterization.

Fantasy and Time Travel: We will consider manuscripts in these genres if the plot can be strongly under-girded with scripture (Shane Johnson and MaryLu Tyndall are examples of authors who succeed in this).

Sweet romance: Uncomplicated story about two people finding each other. They do have conflict and obstacles, however, that does not change how the characters [the hero and heroine] feel about one another (usually no sub-plots and only one-two main character POV[s]).

Romantic suspense: Any genre romance that features a prominent mystery, suspense, or thriller plot. This opens up an entirely new sub-genre that many readers may not have thought of. Some of the best novels feature a balance of both romance and suspense so that one type of writing style does not overpower the other.

Historical romance (also historical novel) is a broad category of fiction in which the plot takes place in a setting located in the past. Walter Scott helped popularize this genre in the early 19th-century, with works such as Rob Roy and Ivanhoe.

Cold case romance: The focus of these stories is about reopening cold cases. The characters are working to solve crimes. While there may be dangerous situations, the plots don’t necessarily revolve around suspense--villains coming after the hero/heroine.

Western romance: Any genre romance set in the American West. Plots generally center around traditionally Western activities such as ranching and rodeo. A western romance can be either contemporary or historically set.

Women's fiction: An umbrella term for books that are marketed to female readers, and includes many mainstream novels, romantic fiction, "chick lit," and other sub genres. It is distinct from Women's writing, which refers to literature written by (rather than promoted to) women.

Thriller: A genre of fiction, having numerous, often overlapping subgenres. Thrillers are characterized and defined by the moods they elicit, giving viewers heightened feelings of suspense, excitement, surprise, anticipation, and anxiety. Books In This Genre: The Bourne Identity (novel)

Young adult fiction (YA) is a category of fiction written for readers from 12 to 18 years of age. While the genre is targeted to teenagers, approximately half of YA readers are adults.

The subject matter and genres of YA correlate with the age and experience of the protagonist. The genres available in YA are expansive and include most of those found in adult fiction. Common themes related to YA include friendship, first love, relationships, and identity. Stories that focus on the specific challenges of youth are sometimes referred to as problem novels or coming-of-age novels

Guide to Genres we Publish

All manuscripts acquired by Forever Love Books or Novelist Press fall into the Inspirational, Christian Fiction, and Biblical Fic...

Get your book reviewed!

View this group on Goodreads »